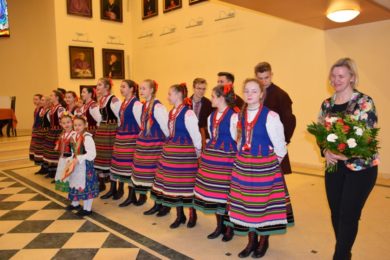 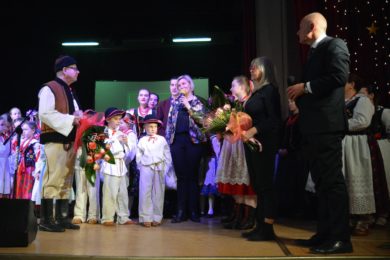 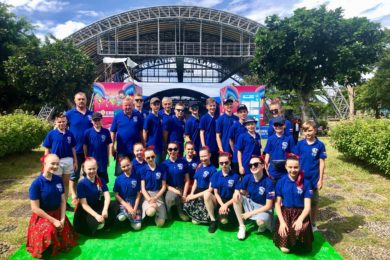 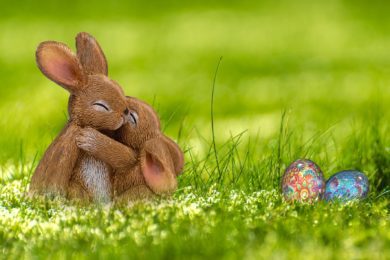 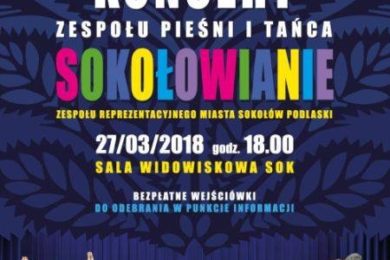 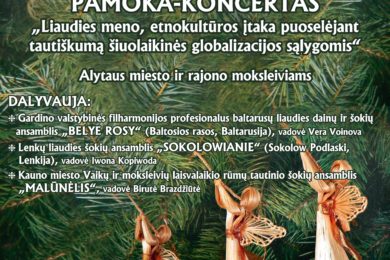 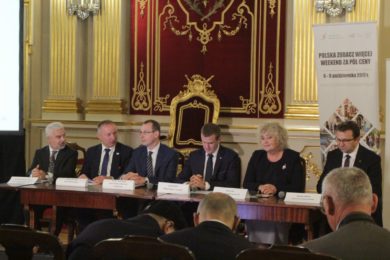 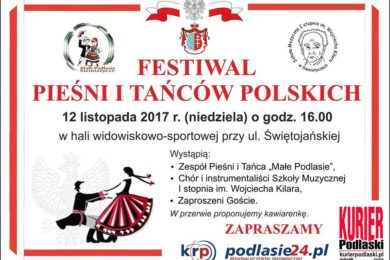 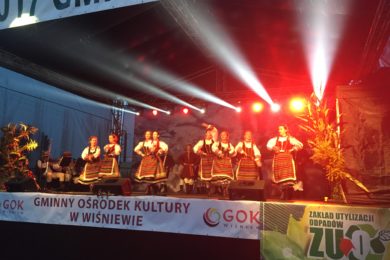 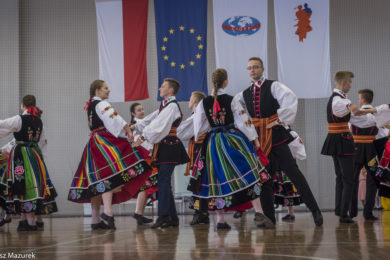 The Folk Song and Dance Ensemble „Sokołowianie” was created in 2002 in Sokołów Centre of Culture to teach and entertain, but also to represent not only Sokołów Podlaski city, but traditional dances and widely understood folklore too. Nowadays more than 150 dancers, 2 teachers and 5 musicians can make a signature under this device. Over the 15 years of activity “Sokołowianie” won native audience approval. They are known for their enthusiastic attitude to music, singing and dancing in the region. They are disseminating Polish folk culture not only in our country, but also behind its borders. With their repertoire “Sokołowianie” visited , inter alia, Turkey, Greece, Italia, Croatia France, Lithuania, Hungary, Slovakia, Belgium, Germany, Latvia, Russia, Czech Republic , Singapore and Indonesia winning awards and honors.

Initially, folk group was consisted of gymnasium and high school youth, however interest in folk dance among children prompted the founders in 2006 to create group named “Little Sokołowianie”. In September 2011 this group gained certificate of the Polish Division of CIOFF (International Council of Folklore Societies, Festivals and Folk Art) which authorizes to represent it in country and abroad for 3 years.

Except the festivals and dance reviews the Folk Song and Dance Ensemble “Sokołowianie” participates and wins awards in Folk Dance Tournaments organized by Polish Division CIOFF through the country.

Folk Song and Dance Ensemble “Sokołowianie” works in House of Culture in Sokołów Podlaski. Presently it counts  5 groups of dancers in different age field. Every year it increased by the new members and repertoire. Ensemble is ambassador of Polish folk culture in Poland and behind its boards.